The „Stadt Restaurant“ and „EMIL´S“

At the Hotel Reichshof Hamburg, Curio Collection by Hilton is beginning the new year with two new gastronomy concepts: The Stadt Restaurant and EMIL´S open on the 12th of January 2017 in the protected heritage building, the Hotel Reichshof Hamburg Curio – Collection by Hilton after an exciting year of business. The Reichshof Hamburg had a very successful first year after its opening in the summer of 2015, already has reached the workload capacity typical of a four-star-superior hotel. „The successful conjunction of Hamburg Tourism is also reflected in the occupancy levels of our hotel.“, says Folke Sievers, General Manager of the Reichshof Hamburg. „We enjoy welcoming the many foreign guests, who visit us, including many from Switzerland, Austria and Scandinavia and through the exclusive brand „Curio – Collection by Hilton“, is also popular with many Americans. This has resulted in a very high percentage of international guests, reaching almost 50%.“ In 2016 the Reichshof recieved numerous awards and was not only selected as hotel property of the year 2016, but was also awarded the design prize of the Federal Republic of Germany in the category of Interior Architecture. Additionally the hotel was awarded with the sustainability award „Certified Green Hotel“ and despite the strict heritage protection requirements, was awarded as a barrier-free hotel. Down-to-earth gastronomy in historical ambiance – the „Stadt Restaurant“ At the Reichshof Hamburg the new year begins with the opening of two new gastronomy concepts – the „Stadt Restaurant“ and „EMIL`S“. The centerpiece of the hotel, the „Stadt Restaurant“, once again holds the name that it was originally given in 1910 when the hotel first opened. Aside from typical German dishes Mario Regensburg and his team also include an international culinary selection. The kitchen staff cook in harmony with nature using regional, organic ingredients. The new chef Mario Regensburg enjoys working with young, regional companies who supply sustainably produced and fairly traded groceries. Aside from the „Reichshof Classics“, such as Cordon Bleu, the restaurant offers also offers a seasonally changing menu concept and à la carte dishes in the evenings. Every Saturday night guests can enjoy weekly changing live music and enjoy a behind the scenes view of the kitchens and get to know our chefs. Saturday Night at the Stadt Restaurant Hamburg – Anything is possible on a Saturday Night! Saturday nights have always been something special: Enjoy these evenings in the famous Stadt Restaurant and the historical Bar 1910 with good food, a glass of whiskey and musical entertainment. More information Our New Chef Mario Regensburg 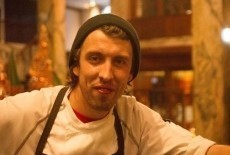 Mario Regensburg began his career in 2006 with a classical cooks apprenticeship with the award-winning chef Karl Heinz Hauser at Süllberg in Hamburg. After this apprenticeship he worked at „Brasserie Die Bank“, firstly as Commis de Cuisine, then as Chef de Partie before becoming Junior Sous Chef first under the award-winning chef Fritz Schilling and then under Thomas Fischer. In 2012 he became Junior Sous Chef at the Restaurant „Rivergrill“ under Leonhard Bader und a year later was Sous Chef at the Restaurant „Punker“ with Siegfried Dahler. Since the hotel’s opening, Mario Regensburg has been a part of the kitchen team and first worked as Sous Chef in the restaurant „slowman“ and now holds the title of chef at the „Stadt Restaurant“.

Book now and get every 10th meeting package free of charge.